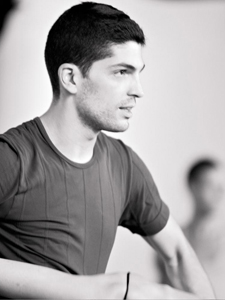 Stefano Zumpano was born in Rogliano (CS) in 1987 and graduated from Centro Internazionale di Danza managed by Isabella Sisca in Cosenza. In 2006 he won a scholarship for the “Balletto di Toscana” school and became part of Formazione Professionale Junior Balletto di Toscana, where he had the chance to perform choreographies by many noteworthy authors, such as M.Bigonzetti, F.Monteverde, E.Scigliano, etc.